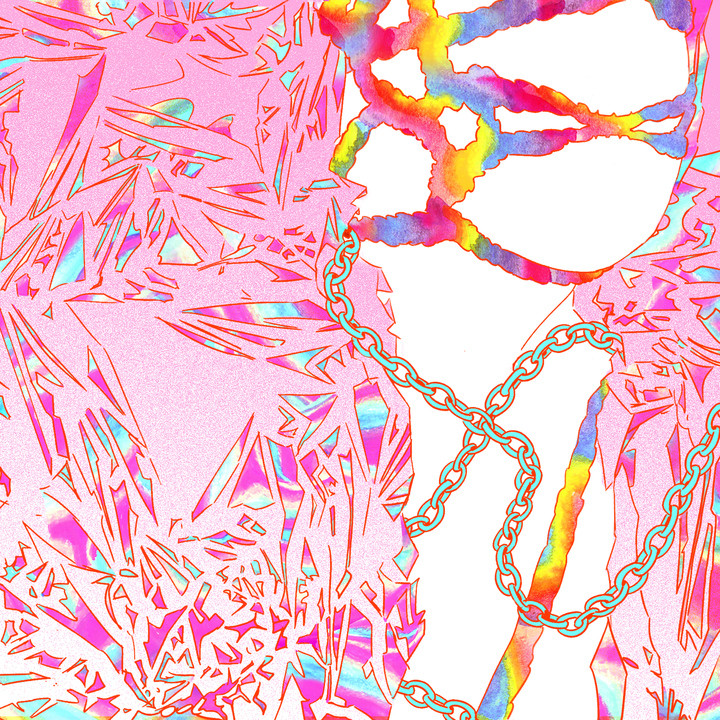 G H S T wasn't to be any record, because all songs were drafts, and meant to be updated, or simply thrown away. For the sake of ever doing better. But do we ?
The 27 of august 2019, two weeks after recording, Florian had at errible accident. When he woke up, his memories are blured, he forgot part of his life and thus this project and those songs. He came up finding the files, lost on a cumputer, lost from it's willingness to be relased.

G H S T is a reliving from the past, it's the incomplete that would never have been released if there were'nt a "if". It represent the mistake we all do,lacking esteem for self of for what or for stuff we do, until those are far away, far enough not to seem familiar.
It represent this step back we have to make, at any moment, to look at who we are and what we're capable of, this step we all miss so much because education and societe teached us the will of control, master, and not to accept anything from ourselves till it's the complete best we can.

G H S T is a rebuff : the refusal of the sake of "better", for the benefit of what actually is, here and now...Le refusal of a freezing self-demand, the rebuff of of the sliminess of what ever tends to be perfect.

Recorded & Mixed by KEVIN DIESEL
Mastered by A. Diamond
Artwork by Alice Bienassis