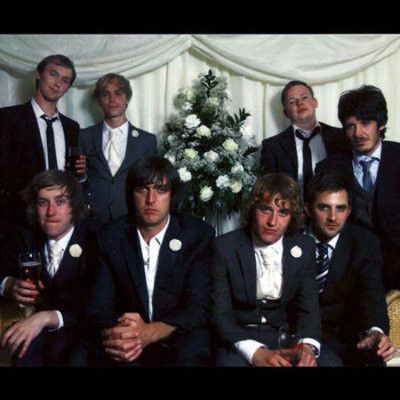 After 4 years of absence on the continent, the outrageous noise band from Bletchley comes back for a small series of concerts in France
Action Beat could be defined as a delicate sonic hydra with about three and four drums and an apparently indefinite (infinite?) number of guitars and basses.
A beautiful volley to be taken by the 7 mercenaries of this uncontrollable maelstrom boiling with exquisite saturations and messy harmonics.

Keep calm. Dean Spencer aka House of John Player, at random during a tour with his fellow of Action Beat settles under the roof of the dislodged then relocated from the Ground Zero collective in Lyon. He composed bedroom-freakfolk tube, notably under the benevolence of the local lo-fi hero François Virot. A touch of everything that navigates between guitars, synths, loopers to make charming and heartbreaking, precious and dilapidated tracks.

Cherry of rhythmic equations in short circuit mixing the dancing energy of electronic music and the floating universe of psychedelic music.